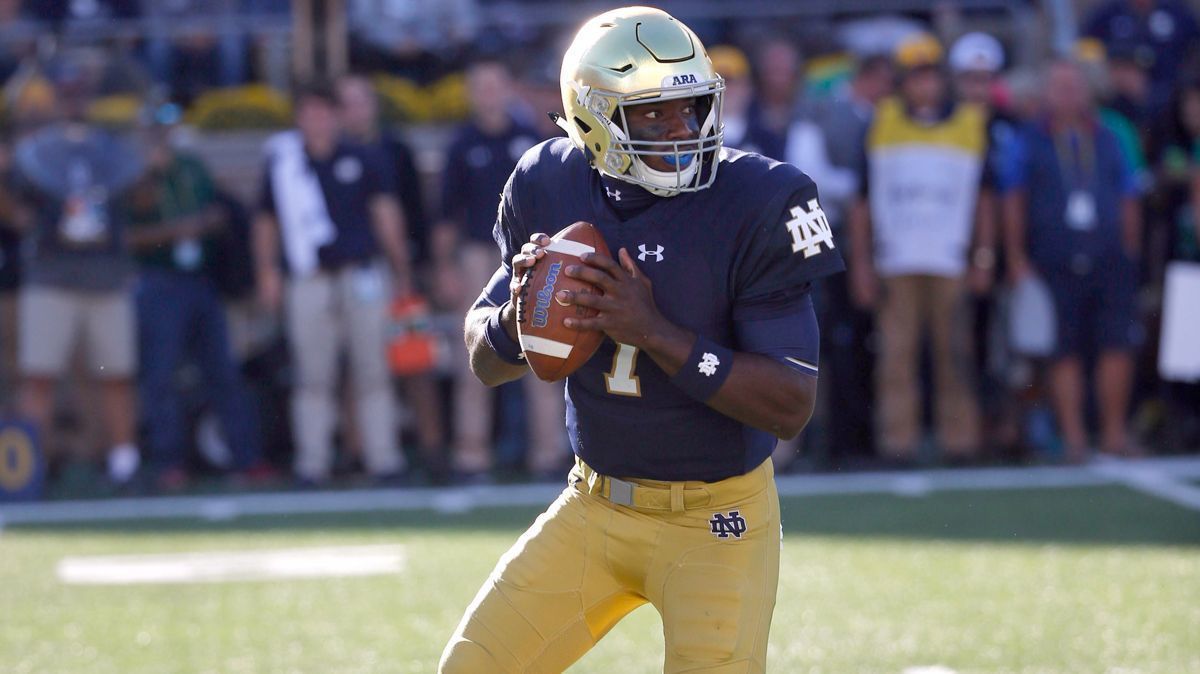 Brandon Wimbush has a walking boot on his right foot as No. 21 Notre Dame prepares for Saturday’s game at North Carolina.

The injury to the 228-pound junior quarterback, who has guided the Irish to a 4-1 start, came to light at a mandatory Sunday check-in following Saturday’s 52-17 home victory over Miami (Ohio). Wimbush later underwent a precautionary MRI and X-rays that revealed no structural or ligament damage.

“He experienced some foot soreness after the game, so we put him in a walking boot, which is fairly typical,” coach Brian Kelly said Tuesday.

Kelly didn’t want to speculate whether Wimbush would be questionable or probable for the game against the Tar Heels, who are 1-4 after a 33-7 loss to Georgia Tech. It was possible Wimbush might do some light throwing Tuesday with backup Ian Book getting most of the reps with the first-team offense in practice.

“I would think [Wimbush] would have to do something Wednesday,” Kelly said.

Wimbush, a dual-threat quarterback who sat out last season, has rushed for 402 yards and eight touchdowns while completing 52.3% of his passes for 782 yards and six scores against two interceptions. Book, a sophomore, has received limited duty in four games, rushing for 40 yards in five carries and is three-of-eight passing for 51 yards.

Baylor no longer has senior offensive lineman Ishmael Wilson or junior cornerback Jourdan Blake on its roster. Coach Matt Rhule didn’t explain why they were dismissed, but said it was “nothing criminal.” Running back Terence Williams remains on the team despite an earlier social media post indicating otherwise. … Former Texas El Paso coach Mike Price, who’s returning as interim coach to replace fired Sean Kugler, made it clear that at 71, he’s not sticking around after this season. “I am not interviewing for the future job, and I’m not going to be the future head coach. I’m going to manage the program and provide leadership for the rest of the year,” he said.